Silica is a common naturally-occurring mineral that combines with other elements to form silicate minerals. Many mineral products from mines and quarries contain silica. It is present in natural rocks, sands, gravels, shales and coals.

Most of the naturally-occurring silica is present in non-crystalline silica forms which are only mildly hazardous.

Three naturally occurring silica minerals are more hazardous. They are quartz, cristobalite and tridymite. These are highly hazardous because they are in crystalline silica forms.

Dust-borne crystalline silica particles are released and dispersed into the workplace atmosphere when workers dry cut, drill, grind or break crystalline silica containing materials without the necessary risk control measures. These airborne invisible particles are known as Respirable Crystalline Silica (RCS). The particles are small enough (less than 10µm) to penetrate deep into workers’ lungs where they could cause irreparable damage. RCS is a known carcinogen and is listed as a hazardous chemical under the Northern Territory’s work health and safety laws. Workers exposed to RCS are more likely to develop incurable lung cancer and kidney diseases.

Other diseases that may be contracted include:

As can be seen below, the type of activity being undertaken and the working environment affect the likelihood of dust release. When high levels of dust release are combined with using materials high in RCS, then risks to workers is high. 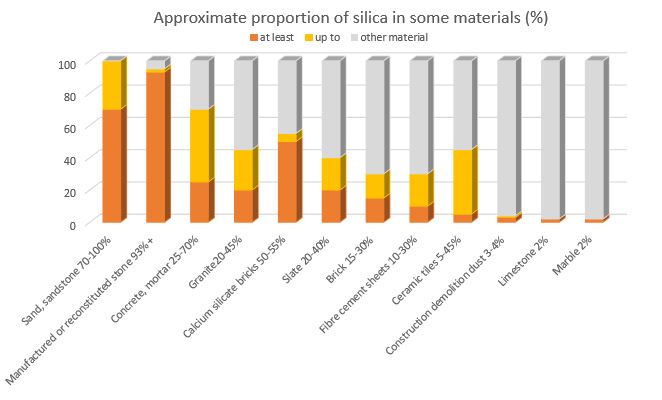 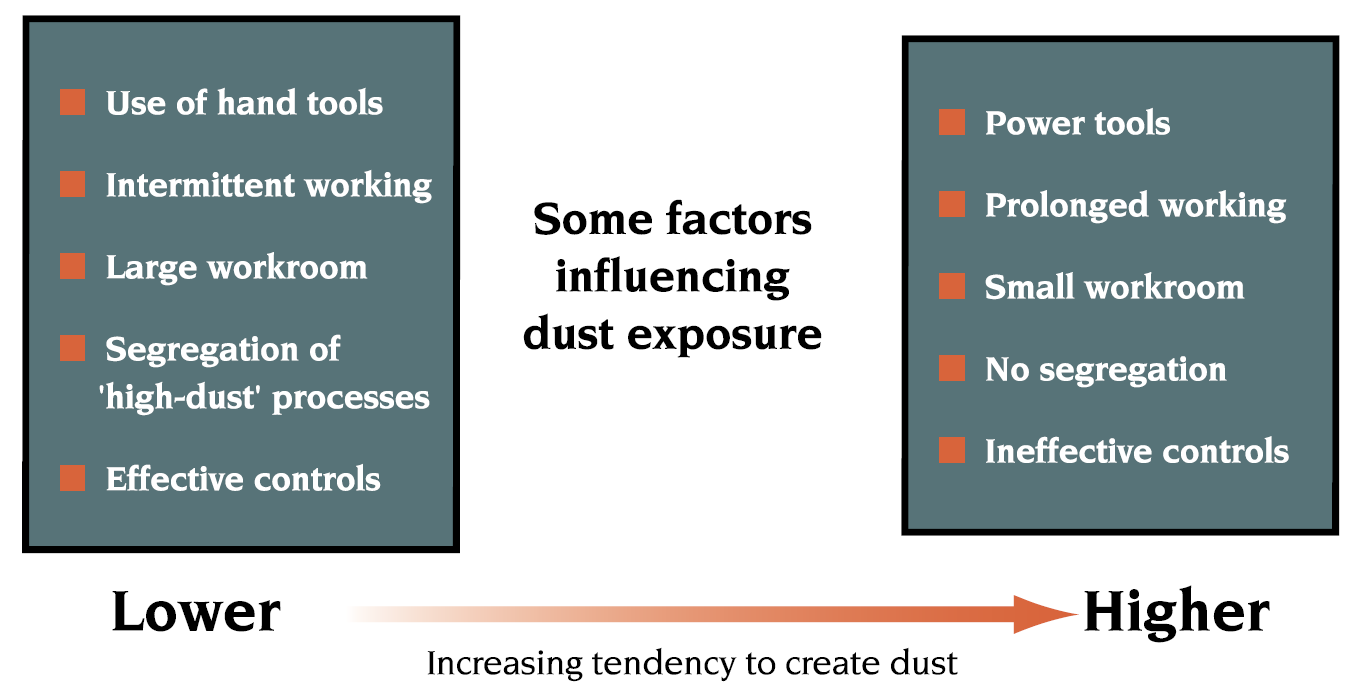 Document type:
Information bulletin
Topics:
Silicosis
Last updated:
13 October 2020
Print this page
Email this link
Is there anything wrong with this page?