The purpose of this Safety Alert is to highlight a potential fire risk with older Polycom conference telephones.

A small fire occurred in the Darwin Plaza building on Friday 3rd July 2015. The cause of the fire was found to be a Polycom Sound Station 2W conference phone. Subsequent research found this model of phone had been subject to a recall due to defective battery packs seven years ago. 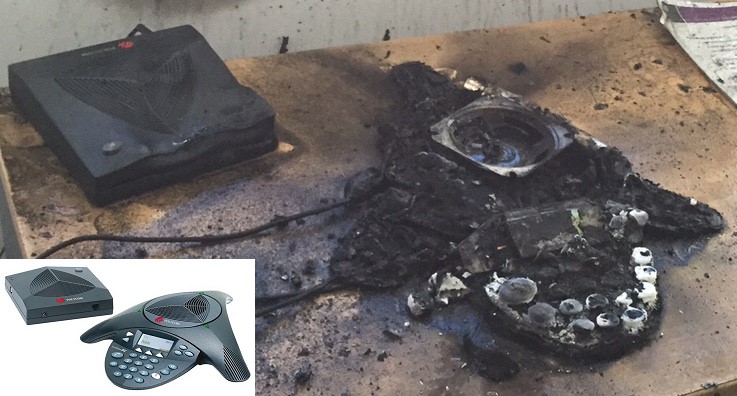 The phones were shipped to customers between 1 December 2007 and 2 May 2008 in all worldwide regions. The following is a list of Australian Sound Station 2W conference phone Part Numbers and SKU numbers potentially affected by the recall:

The recalled battery pack Part Numbers and Date Codes are as follows:

For further information please refer to the following