The purpose of this Safety Alert is to highlight the hazards and risks to workers and other persons caused by hose whip on concrete pumps.

'Hose whip' describes the uncontrolled and rapid motion of the flexible rubber hose on the end of a concrete placement boom or other concrete delivery line.

A number of pedestrians walking past a Darwin construction site during a concrete pour were sprayed with concrete slurry as a result of hose whip due to a block in the line. The pedestrians suffered no injuries; however other incidents of hose whip have previously caused serious injuries and resulted in the death of a construction worker in Queensland in 2007.

A hose whip can occur during the concrete pumping operation itself or when the line is being cleaned out. In either case, hose whip can be especially violent when air enters the line and becomes pressurised by the pumping process.

Persons can either be injured as a result of being struck directly by the whipping hose itself or being knocked over and hitting the ground or an object.

To minimise the likelihood of injury from hose whip the following twelve safety precautions are to be addressed: 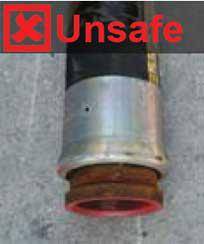 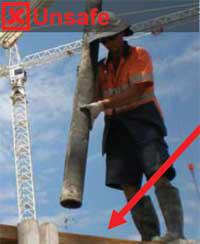 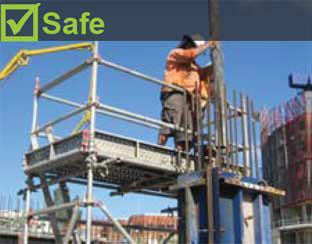