The purpose of this safety alert is to highlight the risk of serious injury or death if amusement rides or devices are not inspected and tested to the appropriate standard.

A sweep support rod on an amusement ride known as The Octopus broke, causing the corresponding sweep arm to buckle at the Fred’s Pass Show in May 2019. The ride took two revolutions before coming to a stop, whereby the gondola attached to the arm of the ride, carrying two adult patrons crashed to the ground.

A structural condition report, which included a welding inspection report, was commissioned as part of the NT WorkSafe investigation.

During setup at a separate community event the following month, NT WorkSafe issued an improvement notice on a Swinging Chair Ride owned by a different company, requiring the reinspection by a competent person. Non-destructive testing (NDT) conducted as part of the inspection found cracks in the main shaft of the ride. 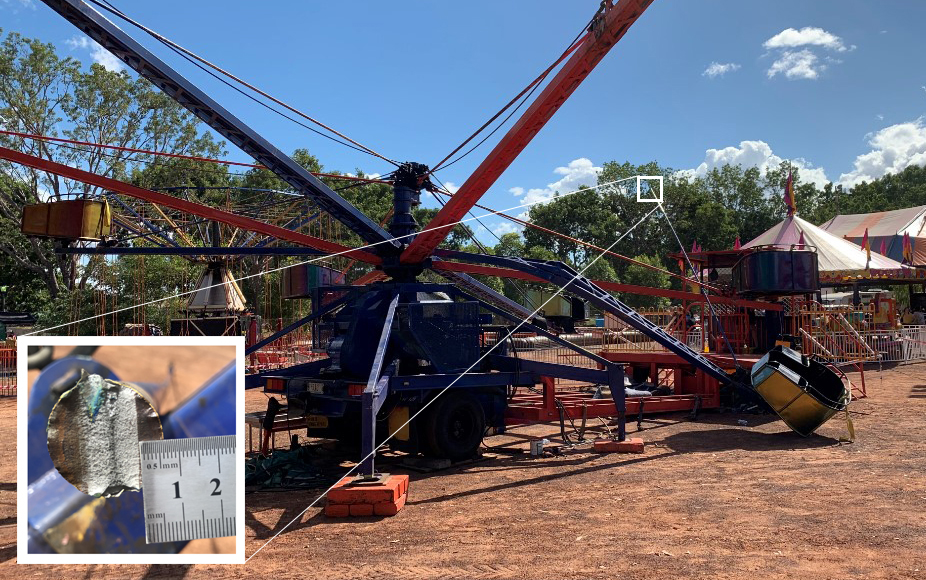 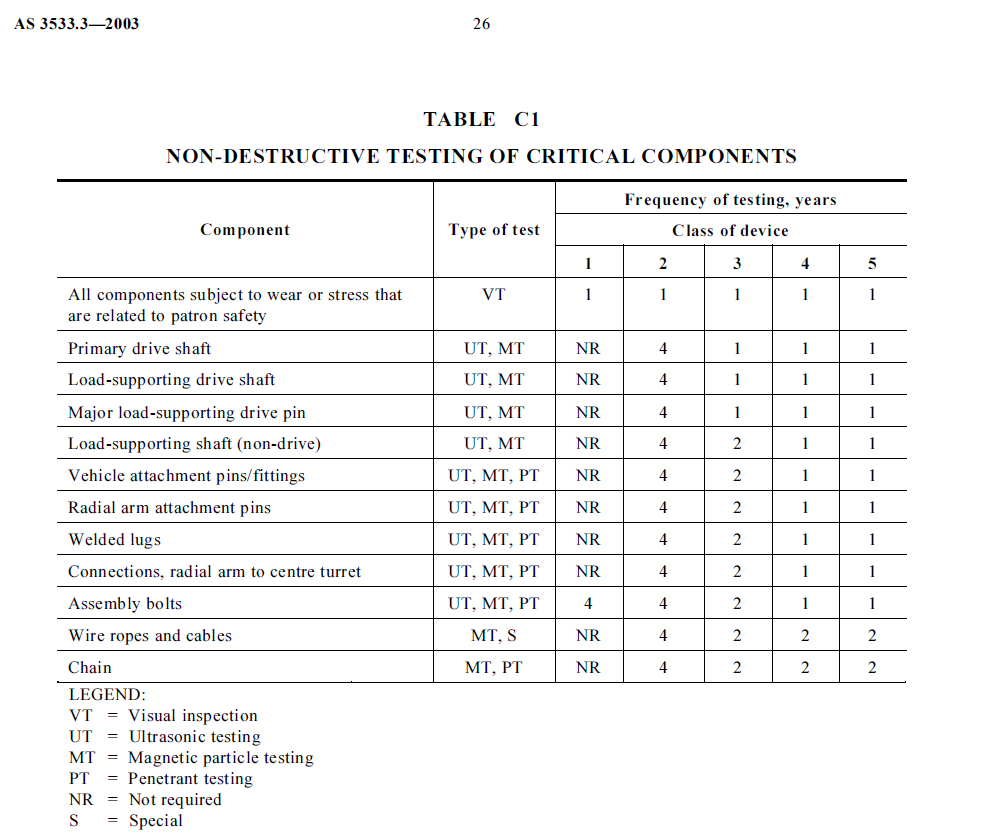 For further information, please refer to the following.

Document type:
Safety alert
Topics:
Plant and machinery
Issued:
24 June 2019
Last updated:
13 October 2022
Print this page
Email this link
Is there anything wrong with this page?