The purpose of this Safety Alert is to highlight common industry practice of transporting excavator attachments in a large excavator bucket, and the risk associated with the attachments dislodging and causing serious injury if not securely restrained.

In April 2019, a 30-year-old worker was fatally injured while loading an excavator onto a float in the yard of a hire company. At the time of the incident, the excavator was fitted with a batter bucket carrying two smaller buckets and a single tine ripper. The attachments were not secured before the excavator was maneuvered onto the float for transportation. 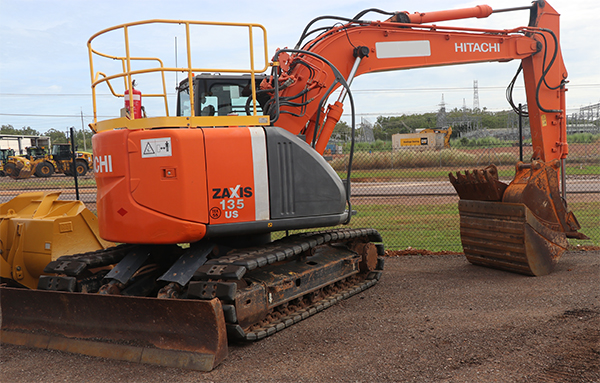 For further information please refer to the following:

Document type:
Safety alert
Topics:
Plant and machinery
Issued:
11 October 2019
Last updated:
13 October 2022
Print this page
Email this link
Is there anything wrong with this page?